Home / Government / A Brief History of Police Brutality in Colorado

A Brief History of Police Brutality in Colorado 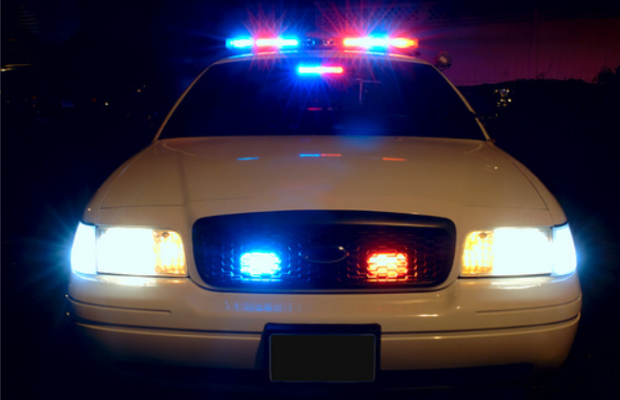 According to The Denver Post, [in 2011] there were 300,000 pages of documents and 7,500 audio and video recordings of  excessive force complaints against the Denver Police department since 2003. Here are just a few that made the headlines

In September, 1999 a Denver Police SWAT team performed a no-knock raid on the home of 45-year-old Mexican national, Ismael Mena, believing there to be drugs in the house. Police said that Mena pulled a gun on officers and opened fire, necessitating deadly force be used. Allegations of a police coverup of the shooting were never substantiated. Information from Mexican authorities indicated that Mena was a suspect in a homicide there. No drugs were found on the premise. Media and critics of the police department’s handling of the situation have pointed out inconsistencies in officers’ stories. Joseph Bini, the officer who gave the address to the SWAT team, was charged with first-degree official misconduct, and sentenced to 12 months probation. The city of Denver later settled a lawsuit filed by Mena’s family for $400,000. It was later determined that police targeted the wrong house having gotten the information from an unreliable informant who claimed to have purchased $20 of crack cocaine on the premises

July 5, 2003 – Officer James Turney responded to a call about a 15 year old developmentally disabled boy threatening his family with a knife. Officers said Childs refused to put the knife down when ordered. Several other officers had their Taser guns drawn during the confrontation with Childs, but they never fired the weapons. Officer Turney removed his firearm and shot Childs four times, killing him. Turney was suspended for 10 months without pay, but his suspension was eventually overturned and he received back pay. Turney, who has been a Denver police officer since 1998, appealed his suspension to the city’s Civil Service Commission. His lawyers argued the discipline was excessive and unjustified, especially since there were no policy violations.

July 11, 2004 – Frank Lobato, an unarmed 64-year-old man was fatally shot in bed by a police officer.They were searching for Lobato’s nephew, Vincent Martinez. Martinez’s girlfriend, Sandoval, had accused Martinez of holding her captive for 17 hours. She told the officers that Lobato was in the house and unarmed.Lobato was in bed at the time. Ford said he believed Lobato bolted upright with a gun in his hand. But Lobato was unarmed. A soda can was found on the floor of his bedroom, which police said he may have dropped after he was shot.No criminal charges were filed against Ford, and he served a 50-day suspension after Denver Safety Manager Al LaCabe, who oversees the Police Department, concluded Ford violated the use-of-force policy.

In September 2009, Denver paid $225,000 to the family of Alberto Romero. Romero died after being beaten and repeatedly tazed by city police officers in 2007.

On 18 April, 2008 16-year-old Juan Vasquez ran from members of the Denver Police Department, an officer shouted for him “to stop or he would shoot him in the back.” When Vasquez fell in the alley, one officer jumped on his back. Other officers began to punch and kick him as Vasquez “begged” them to stop. Two of the arresting officers testified that Officer Charles Porter began jumping up and down on the teen’s back while he was handcuffed and lying face-down on the ground. Vasquez, who is 5-foot-6 and 130 pounds, was hospitalized with a lacerated liver, a ruptured spleen, damage to both kidneys and bruised or fractured ribs. He spent three days in intensive care handcuffed to the bed. Porter was charged and acquitted of felony assault charges, he was the only witness at his defense and claimed the other officers who testified against him caused the injuries during the arrest and conspired to pin the blame on him. Vasquez filed a lawsuit for 1.3 million dollars, and the city settled for “just under $1,000,000”.

In 2008 Officer Eric Sellers and two unnamed Denver police officers attacked Jared Lunn. Lund had tried to report that he had been assaulted earlier in the evening. In August 2010, Sellers was suspended for 45 days over the incident. The case was later reopened, presenting the possibility of additional punishment.

January 15, 2009: Alexander Landau and his passenger Addison Hunold were pulled over for an illegal left turn. Officer Randy Murr asked for consent to perform a search of the vehicle. Landau asked to see a warrant, and Officer Murr responded by punching him in the face and knocking him to the ground. Officer Murr, along with officers Ricky Nixon and Tiffany Middleton, then proceeded to beat him for several minutes with police radios and a flashlight. After the beating had stopped, Landau heard one of the officers say, “Where’s that warrant now, you fucking nigger?”. By the time the incident went to court, Officer Murr had been fired because of his involvement in the beating of Michael DeHerrera. Officer Nixon had been fired as well, due to his involvement in an incident at the Denver Diner wherein women were clubbed and maced. The City of Denver agreed to settle the case and gave Landau $795,000.00.

In April, 2009 Corporal Randy Murr and Officer Devin Sparks threw Michael DeHerrea to the ground during an arrest outside of a downtown nightclub. The two were fired for lying during the subsequent investigation but returned to their jobs as a result of a hearing by the Denver Civil Service Commission. In September 2012, the panel reversed itself and fired the two men again. The city paid $15,000 to settle the matter. Murr was the same officer involved in the Landau beating three months before.

Sergeant Perry Speelman, and Officers Tab Davis and Jesse Campion stopped two men in 2009 and subjected them to a barrage of racial insults after they were illegally forced from their car. The judge in the case called the policemen’s action “extreme, profane and racially motivated.” In July 2012, the city council agreed to pay $60,000 to the two men beaten by three police officers.

Robert Duran had been arrested for assault after getting into a fight with another man and was being processed just before he was beaten by Denver sheriff deputy Stephen Koehler. Duran’s attorney says there was blood everywhere and the video showed that Duran had his hands up in surrender mode.

In May, 2010, the city agreed to settle an excessive force lawsuit paying Eric Winfield $40,000. Officers Glenn Martin, Antonio Milow, and Thomas Johnston beat Winfield when he was mistakenly identified as a person who had previously caused trouble at a nightclub.

On August 18, 2010, the Denver Post reported about another alleged beating by the Denver Police. On March 16, 2010, Mark Ashford was walking his two dogs near the streets of 20th and Little Raven when he saw a police officer pull over a driver who had run a stop sign. Ashford claiming that he saw the man stop at the stop sign approached the police car to volunteer information and to appear in court about the incident. Ashford claims that the officer “didn’t like it at all” and asked Ashford his ID, which he provided. Afterwords, another Denver Police officer arrived on scene and Ashford, who claims he was nervous, began taking photos of the two officers on his cell phone. In the HALO surveillance video released by the city & county of Denver, a Denver Police officer appears to hand Ashford back his ID and a piece of paper. Afterwards, Ashford pulls out his cell phone to photograph the two officers. The two officers approach Ashford and one of the officers grabs Ashford’s hand in an attempt to get Ashford’s cell phone. Ashford grabs one officer by the throat. The other officer also tries to help restrain Ashford. In the ensuing struggle Ashford tries to spin away from the officers and is again thrust into the guardrail by the officers. Ashford’s attorney, William Hart, claims that his client was arrested on suspicion of interference and resistance. After the incident, Ashford was taken to St. Andrew’s Hospital where he was treated for a cut on his eye and a concussion. All charges have been dropped by the Denver City Attorney’s office. The officers were cleared following an investigation by Denver Police and Independent Monitor, Richard Rsenthal. Rosenthal found the officers’ actions were justified.  The city awarded Ashford $35,000, citing that they believed the officers used excessive force and criticized Rosenthal for ruling their actions justified. One officer retired after the incident and one remains on the job.

In August 2010, the city agreed to pay $20,000 to James Watkins to settle a civil lawsuit. In the suit, Watkins claimed Officers John Ruddy and Randy Penn slammed his face into the pavement repeatedly after hearing him say, “cops suck” to a friend.